Are power station supplies allowed on the plane? 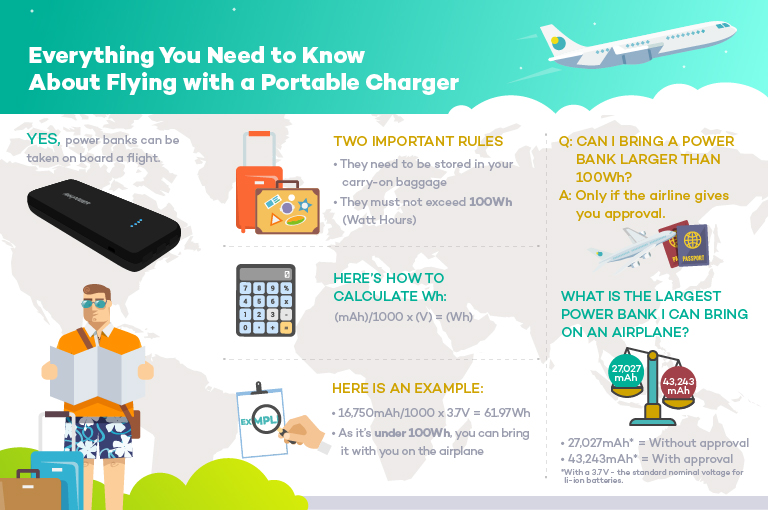 As vaccines is promoted globally, you may consider re-starting your travel. And in case you’ve forgotten, traveling often brings about long days for both you and your electronics. The best way to keep your devices charged during the usage is to use a portable power station or power bank, but it is difficult to figure out the type of power bank approved by the Transportation Security Administration. In order to make sure that they won’t be taken away during the security check-in, you should know some rules about taking power station supplies on planes.

Are power banks allowed to be taken on planes?

The answer is yes! But all power banks face very strict air travel guidelines. Power banks and power stations can only be carried in carry-on luggage. They’re limited to a rating of 100 Wh per battery. With airline approval, you can bring two larger spare batteries (up to 160 Wh).

What kind of power banks are allowed?

In accordance with the provisions of the Transportation Security Administration to strengthen the safety of lithium battery in the air, portable chargers in passenger carry-on devices are subject to the following lithium content/energy limits: 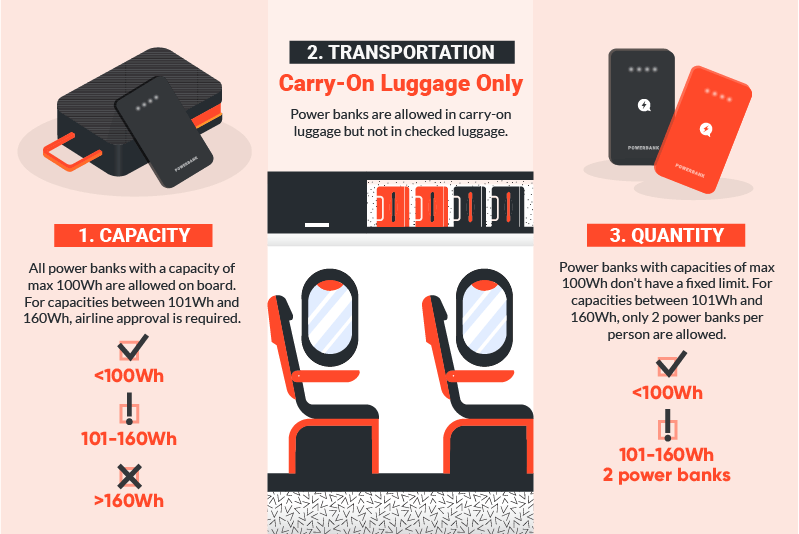 Why can they only be taken with your carry-on luggage?

Portable generators should never be checked in and should be carried with you. It is at risk of catching fire spontaneously. If it catches fire in the passenger cabin, it may be put out immediately. If it catches fire in the luggage compartment during flight, it will be much more difficult to handle and even burn the entire aircraft. Therefore, all airports will strictly check the power banks in checked baggage.

How to calculate: convert mAh to Wh

If you search the internet for information about power stations, you'll most likely come across the term Wh (watt-hours). This is the official, international unit to express the capacity of batteries. But the unit on most power banks is mAh (milliampere-hours). You can easily convert mAh to Wh. To do this, you multiply the capacity in mAh by 3.7 and divide everything by 1000. 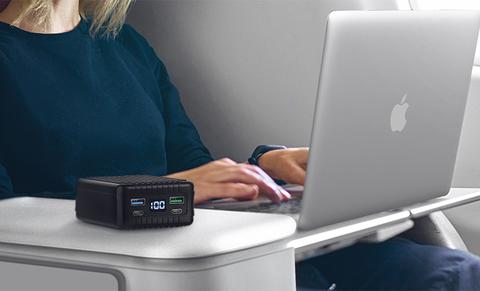 In short, people can carry the power bank in their carry-on luggage, but they cannot exceed the prescribed Wh. Currently, this kind of portable solar generator are playing an important role in people's daily lives. Without sufficient electricity, the trip will become totally horrible.